A MUSIC LEGACY IN A SCORE

Tullio Serafin in the United States with “La Campana Sommersa”: annotations, words and curiosities stored in a music score.

That Tullio Serafin was a skillful music “trainer” can be confirmed, above all, by the care he dedicated to his music scores. A non rescindable love that passed from the lines for the singers to those for the orchestra and vice versa, a reading not only of the notes, but also of all that the score narrates thanks to the composer’s work: annotations, musical colors, embellishments, and so on .
Tullio Serafin was also fortunate enough that these annotations were often incorporated in the score by the composer himself during reharsals , considering that the Maestro conducted many world premieres during his prestigious career.
One of these cases was “La Campana Sommersa” by Ottorino Respighi, italian composer who was born in Bologna in 1879 and died in Rome in 1936. The author is part of a group of musicians who, through their compositions, renewed the Italian music scene.
Ildebrando Pizzetti, Alfredo Casella, Franco Alfano, Gian Francesco Malipiero were called the “80s generation”, composers who had a close relationship with Serafin as can be witnessed by the rich correspondence preserved in the Historical Archive. A kind of “trust” that M. Serafin reserved to these young composers during his long career, conducting their works for world premieres, U.S. Premieres, and so on. A true “patron” of the new generation of musicians, probably challenging the distrust of the audiences who were used to other great names on the international scene: Verdi, Puccini, Strauss and so on.

Returning to “La Campana Sommersa” and starting immediately from the song-piano sheet owned by the Historical Archives Tullio Serafin, we can find on the first page [Image n. 1] the title written in both German and Italian. The “libretto” itself, placed on the lines for the singers, is in two languages. The score was published by Berlin’s Bote & Back, after Ricordi, editor of Respighi, refused to publish the work disagreeing with the subject. That is why the premiere was given in German in Germany on 18th November 1927 at the Stadttheater in Hamburg. The copyright of the score preserved in our archive belonging to M. Serafin is of that same year. Copyright for the United States of America belonged to G. Ricordi & Co. New York. The “libretto” in Italian was beautifully written by Claudio Guastalla (Rome 1880 – Rome 1948) and based on the comedy “Die versunkene glocke” by Gerhart Hauptmann.
The score belonging to Serafin, as already pointed out at the beginning of this article, is very curious and rich in puzzles to be solved that will undoubtedly be “unveiled” by an attentive and scrupulous study by experts. We are sure that the sheet in the archive is the one used by M. Serafin in New York because on the side of the list of characters at the beginning of the score he wrote the names of some of the performers who took part to the Metropolitan performance in 1928.
In this article, I will only focus on some curious details that can help us better understand the artistic sensibility of Tullio Serafin. The first thing I can confirm is that Serafin used the score published by the German publishing house in 1927 to study the work with singers.
From a first analysis, we can observe two very curious details: the first on the front page where it reads “musicato da TS” which can be interpreted as “music arranged by Tullio Serafin” and the second in the text of the “libretto” under the pentagram which is cut or highlighted in red by Tullio Serafin [Image n. 2].

We know that Tullio Serafin directed the opera in New York in the Italian version and that’s why the conductor cuts, but with respect, the German text or perhaps, more than cutting it out, highlights it in red almost to say ‘I do not cancel it because it’s part of the first edition, but I use the original text of the Italian “libretto”. A form of respect of the score which will be confirmed during the real performance in the theater.
“La Campana Sommersa” is an idealistic poem, one of the greatest works of the German dramatic theater, a tragic tale that leads to the contrast of two worlds: the one of fairy tales and naturalism (forest spirits, fauns, etc.) and that of men, inserted in the dramatic reality of religion. “La Campana Sommersa” is a work of great symphonic and timbral richness, first performed in the US by Serafin on November 24, 1928 at the Metropolitan Opera: “Through the inspired interpretation of M. Serafin, La Campana Sommersa has benefited from all the nuances that were in the author’s intentions, giving vibrant emphasis to the melodic texture “. This is what the “Corriere d’America”, newspaper dedicated to Italian immigrants overseas, wrote the day after the premiere in New York 25th November 1928 [Image n. 3].

Continuing to browse the pages of the score belonging to Serafin it can be easily understood that he was in close contact with Respighi. The sheets are marked by cuts delimited by the word “author” which, in my opinion, means that they were suggested by the author. Other smaller cuts can be found in the score and almost certainly they were decided by the Maestro as they do not bear the word “author”.
In addition to cuts, we find in the score many keywords that confirm once again the love that the conductor reserved to every note, every beat, every pause, every sentence in the “libretto”; words written by Serafin and that he almost certainly used with the artists during reharsals to help them become credible and careful performers of the work, probably also on the composer’s advice: “piano – without covering the third [note] – more movement – brighter – a little more felt – sad – with great love – weeping – scared ” and so on; these are some of the many adjectives used by the director and written almost on every page.
What fascinates me most, browsing this score, is how in the first pages, especially at the beginning of each act, Serafin wrote some verses from the “libretto” and the number of the page where they are put into music. For example, on page 3, the beginning of the first act, Serafin writes “Attenti, or che le nubi svelano la luna, pag. 55” (Beware, now that the clouds reveal the moon, p. 55). It is a verse that we find written by the composer under the musical notes of the character, in this case Schulmeister – the maestro, exactly on page 55. A reflection leads me to argue that for Serafin the correct pathos, the correct interpretation , had to start from the introductory notes of the act and find the executive culmination right on the page where the verse is written under the pentagram. Easier done than said. Many other similar annotations are written at the beginning of a scene, but find development and execution only in the following pages. This means that it is important to know from the beginning what happens next; a school not only for current directors but also for current singers that can be summarized: in an initial symphony or introduction, the development of the next action may be already written, the mood of the character may be already set. It is important to have ‘the right emotion” since the beginning.

There are many other short sentences written on the score and certainly some of them were suggested by Respighi himself to Serafin to enrich their execution. We know for sure that Respighi was present during the reharsals of “La Campana Sommersa” (a photo in the Ricordi archives witnesses it [image n. 4]) and also at the premiere 24th November 1928. The composer was repeatedly called on the stage of the Met with the artists and with Serafin at the end of the performance: “To Serafin the praise of Ottorino Respighi, who was repeatedly invoked with the artists and the conductor by the audience, must have been enough. Respighi wanted to personally confirm to the illustrious Metropolitan orchestra conductor his esteem, honor and gratitude for his cures that have contributed so much to this new triumph of ‘La Campana Sommersa’ “[Corriere d’America 25th November 1928, image 3]

“Cures that have contributed so much to this new triumph” tells the article, giving a valid motivation for all the details, notes, signs by Serafin in the score. The conductor wanted in this way to highlight all the peculiarities and take care of the libretto and the music in the smallest detail, justifying also the “musicato da T.S” placed on the front page. Further confirmation is given to us by another US review of December 1928 on “La Campana Sommersa”: “Everyone in the cast seemed to be trained with determination and intelligence, and Mr Serafin did a good job.” Yet another verb “training” that combined with the previous “cure” precisely outlines the meticulous work of the Maesro, who in the score also ‘subdivides’ beat to beat the notes [image n. 2], a further testament useful to make us understand that the director carefully studied the part with the artists, often also in his apartment at the Ausonia Hotel in New York, as they were usually invited to his home or his own dressing room, to best prepare the part [some artists still alive testify], something that seldom or never happens today, and it’s a shame!
How much there might still be to say by browsing the score and how useful it could be to convey this musical legacy written by Serafin on the scores to young orchestra conductors, especially of our time. Waiting for further studies, we begin with an appeal so that more and more of today’s conductors, in addition to the work they do in theater with singers, may integrate it with meticulous work, perhaps at their homes, so that the production becomes more ‘lived’ by singers themselves and may arise more interest to the public, without forgetting the orchestra, fundation of the whole building. Between conductor, singers, orchestra, stage director and sometimes even ballet, the only guiding line must be the music that, if performed through teamwork synergies, transmits more emotions. 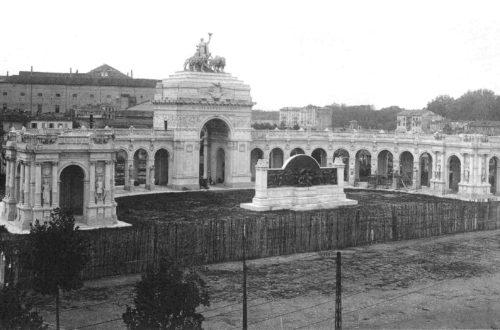 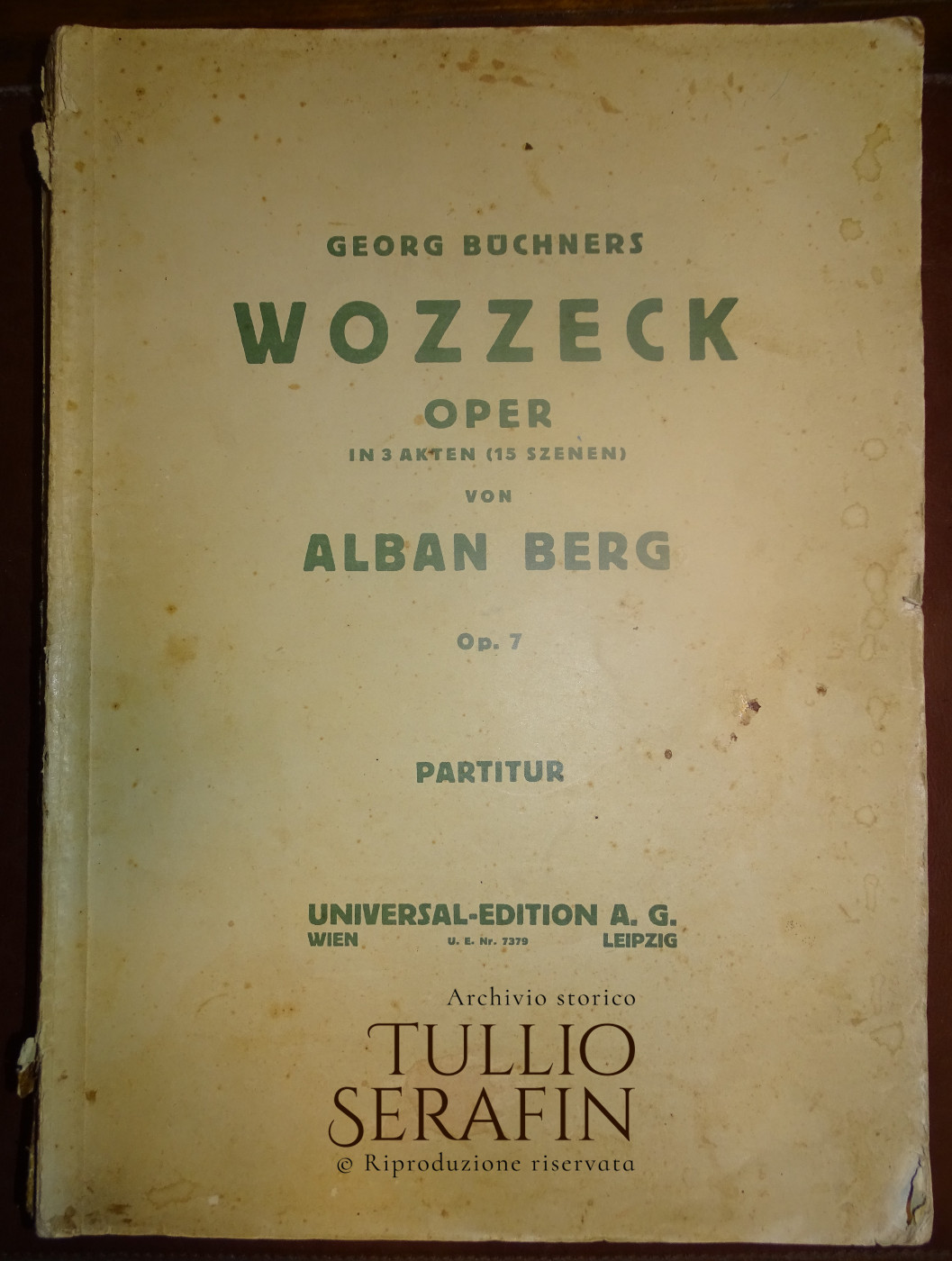 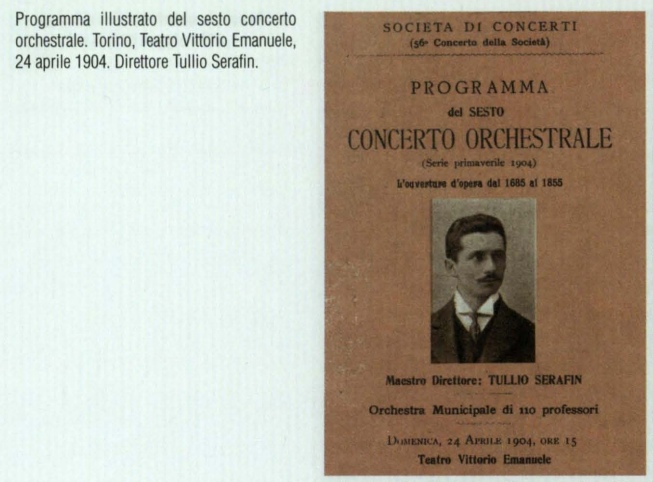